First Fiduciary Corporation (FFC) has been a family business since Dan’s father, Jerome T. Lodahl served as the Company’s 3rd President from 1985 to 2004. Dan served as a part time consultant and Vice President from 1998 to 2003, before succeeding his father in 2004 as the company’s 4th President & CEO.

Dan is the current President of MAGiC, the Minnesota Association for Guardianship and Conservatorship. He has served as a member of the Executive Board as Treasurer and was previously Chair of the Standards Committee. He is also active with the National Guardianship Association (NGA), serving as a Member of the NGA State Affairs Committee. 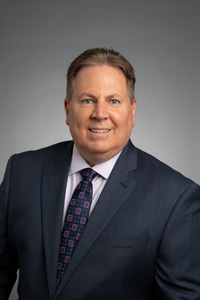